Types of Braking Systems in Vehicles 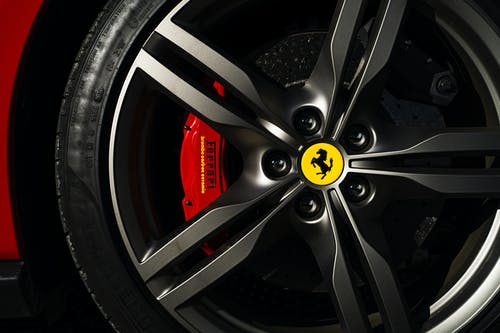 Hydraulic braking systems function using the fluid to impart pressure from the brake pads onto the wheel. The main components of this system are the brake fluid and the brake cylinders. When the driver presses on a brake pad, the fluid is sent through the storage to the brake cylinders which use the pressure to increase friction on the brake drum. As the friction is high, the drum brake parts may need to be periodically replaced.

Electromagnetic braking systems are found modern vehicles and electric vehicles. It uses the principles of electromagnetism to achieve a braking effect without contact or friction. It works by creating a magnetic flux which imparts a force in the opposite direction a wheel is turning, thereby causing it to decelerate and eventually stop. This method allows the braking system to be relatively small as lubrication, friction contacts etc. are not required since the braking is done without contact using electricity. Electromagnetic braking systems have several advantages including the lower maintenance need as there is very little physical deterioration of the system, far less heat being produced (due to the lack of friction), and the system itself is much cheaper compared to other types.

Vacuum braking system, also known as servo braking system, is generally used for heavy vehicles such as trucks, buses or even trains due to its high stopping power. It uses a vacuum generated by a vacuum pump in the engine to assist the human driver with the braking effort. Most heavy vehicles use vacuum systems alongside hydraulic braking systems to increase the effectiveness and decrease the load on the driver. The vacuum system is generally considered obsolete, with newer, more effective technologies being widely available to replace it. However, certain countries still use vacuum braking systems in older railway carriages.

Mechanical braking system generally refers to the emergency brake, also known as the handbrake. The emergency brake system of a vehicle is used in the event the primary braking system fails or the driver is unable to use it. When pulled, the system uses a series of mechanical methods of load transfer, such as cables and springs to restrict the movement of the wheels, bringing the vehicle to a stop. Mechanical brakes deteriorate extremely quickly and generate large amounts of heat due to the friction created.

← How to Choose the Right Logistics Provider The Future of Automotive Electronics is Autonomous Vehicles. →