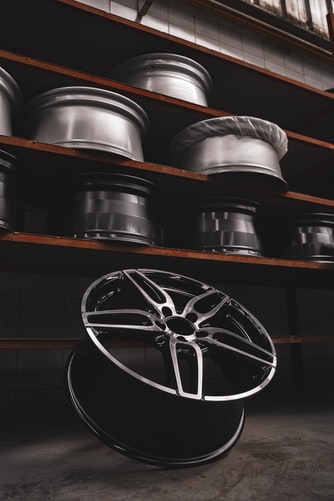 The most difficult aspect of owning a car is realizing that parts wear out and must be replaced over time. Acquiring new parts is also not a walk in the park, and it is fraught with risk. Among the difficulties are being conned, purchasing the incorrect parts, and obtaining low quality parts to name a few. When it comes to buying car parts, experts will give you various advice. Whoever you ask for help, you should have a basic understanding of the various types of auto parts on the market.

Auto parts are broadly classified depending on who made them or where they came from. In Australia, for instance, the most common car parts categories are:

These are automaker-manufactured pieces that bear the automaker’s logo. Carmakers design auto parts mainly for use in new vehicles rather than spares, resulting in a shortage of genuine auto parts and, of course, a high price tag. Genuine parts in stock also are likely nearly new or reconditioned.

Automobile manufacturers either produce spare parts in-house or outsource them under strict quality control. They are the preferred spare parts, despite the fact that they are more expensive than the majority of other forms of auto parts on the market.

Under a contract arrangement, a third party manufactures identical OEM components for the original car manufacturer. As a result, new cars do not contain all of the components produced by the car maker and may contain many OEM parts, with or without the third-party manufacturer’s logo. In certain cases, automakers often permit third-party suppliers to sell OEM parts directly to consumers as automaker-recommended replacement parts or spares.

There are used car parts that have been reconditioned or restored and are either genuine, OEM, or aftermarket. Many cars have their components repaired even though the old parts have minor and repairable damage. After being repaired, these products are resold in the market as refurbished or refurbished pieces. They are typically of poorer quality than the other styles, but they are suitable for conditions where you are on a tight budget or need a quick fix.

Aftermarket vehicle parts are manufactured by independent third-party suppliers that are not affiliated with the carmaker. Aftermarket auto parts may be identical to or different from the original car component in nature.

When it comes to aftermarket car parts Australia, consistency often varies greatly depending on the third party’s goals. Some third parties enter the market to provide less expensive alternative car parts/spares, which usually range in quality from good to bad. Other third-party suppliers specialize in designing and producing upgrade components, which are more costly and of higher quality and performance than genuine or OEM parts.

Genuine, OEM, or aftermarket pieces that have been mildly or moderately used may be salvaged. Yards get them from cars that have stopped or been in collisions, as well as from owners that have upgraded the original components. When a car is in a collision, not everything is lost or scrapped. Even in cars which are beyond repair, some car parts stay intact.